As many of you know (from my extensive Twitter Complain Campaign), husband has been taking metronidazole for a week for his tooth badness...
As a result, we were tragically forced to postpone my (already postponed because of opera) birthday dinner-treat till today.

We met after work for swift cocktails at Galvin Cafe a Vin (def going back here SOON for post work drinks/charcuterie/cheeeeeeeese), where they gave us dinky drinking snacks. 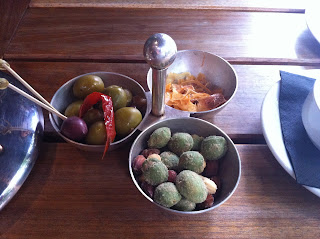 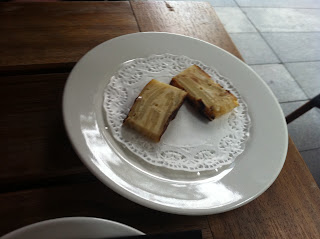 Then we moved on to HAWKSMOOOOOOR (which I have been looking forward to for some time now). 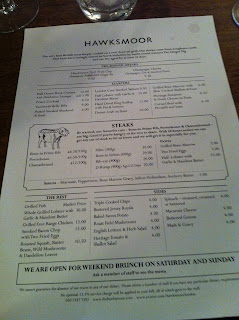 We went on Monday night, as they, splendidly, have a BYO policy (£5 corkage), which everyone seemed to be taking advantage of, in varying degrees of posh winery. We took this, which we've had stashed away, awaiting a good occasion. It was deeeeeeelicious. 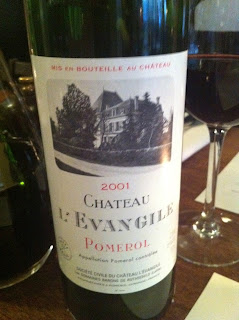 I started with ribs (as recommended by Twitter mafia) and husband, smoked salmon (which, I surmise, probably came from Forman and Field - it certainly matched the stuff we had from them earlier in the year).
Ribs were every bit as good as I had expected. Yum. 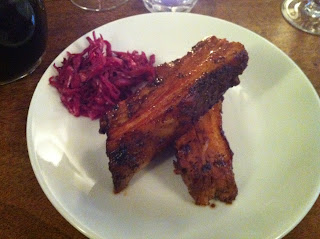 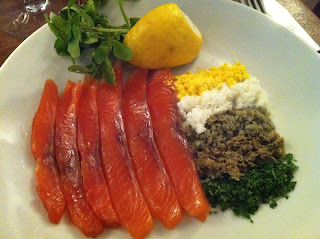 We moved on to vast vast prime rib (1kg between two - we are officially FAT), accompanied by triple cooked chips (in a lovely cone), buttered greens and heritage tomato salad. All super awesome. 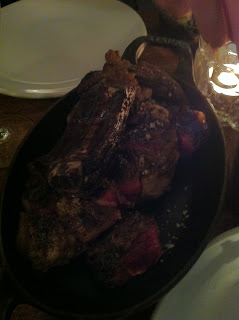 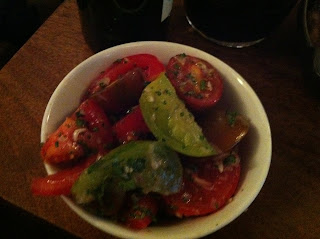 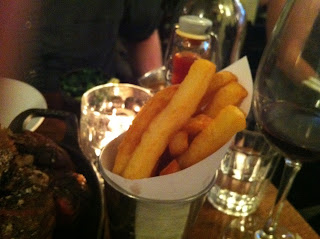 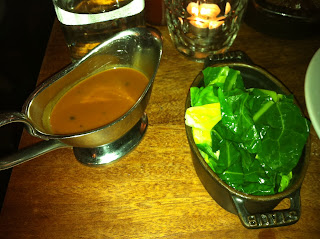 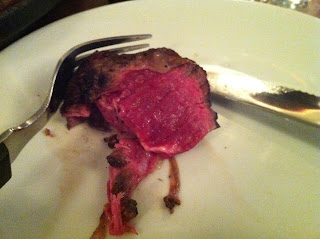 We ate it ALL. 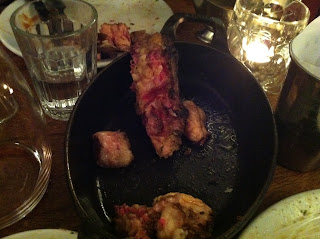 We just about had capacity to share brownie and salted caramel ice cream for pudding (much saltier than usual - just how I like it - I always make my salted caramel things almost inedible for Normal People). Husband also drank tawny port. 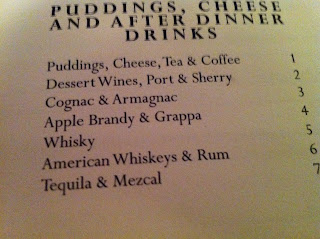 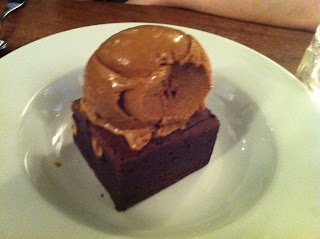 We LOVED it.
As soon as we've digested this lot and saved up again, we'll be back to Hawksmoor. Probably on a cheery BYO Monday - the wine list looks great, actually, but this is hard to pass up.

I'd recommend to any meat eater. Awesome :-)