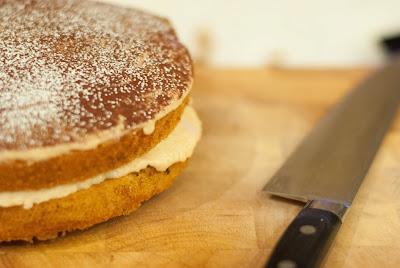 On Sunday, 19th May this year, it is apparently World Baking Day - a global event in which everyone, no matter what their skills and experience, is invited to join in the baking fun and "Bake Brave" by baking something that is out of their usual comfort zone.

In order to facilitate this, they have provided 100 lovely recipes (I'm definitely trying a few - maybe even this weekend) of varying levels of difficulty for you to play with, one of which (eeeeek) is MINE.

So here's the story of the cake - I've been sitting on it (waiting for the website to go live) for a little while now, so some bits are probably a *teeny tiny* bit less current than they might once have been.

When I was asked for a good baking recipe for World Baking Day, I wasn't really sure what people would want to see - there are a million recipes out there anyway, and mine are probably little different to most of the others, so I decided not to worry about making it too radical or different and just to share the thing I've been making most frequently for the last month or so.


As anyone who's reading carefully will know, my husband is in the midst of a booze free month (actually, a pretty long month, now - it's been going for, I think, about five weeks so far, and we're not quite at the end yet), which, whilst doubtless being good for him (and, by proxy, me) in many ways, has lead to a marked increase in his requirement for baked goods.
Actually, this suits me pretty well - the late night baking sessions when he looks around and wonders if there are any 'snacks' are a pretty good fit for my well documented penchant for such things, and I'm getting really good at baking things based on whatever ingredients we happen to have lying around.
Given the choice, though, what he really wants (and ALWAYS requests when asked for an opinion) is coffee cake. Preferably in the format of a round sandwich cake with lots of filling, though he'll take it however he can get it.
So here it is - if you ever fancy a go at a dry period, this is exactly the cake you need to get you through it.
And if you make anywhere near as many as I have in the past month or so, you'll get really good at it really quickly!

And here it is on the actual World Baking Day website. 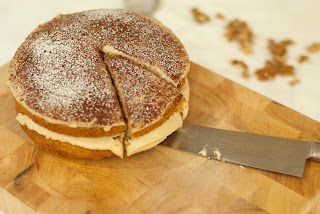 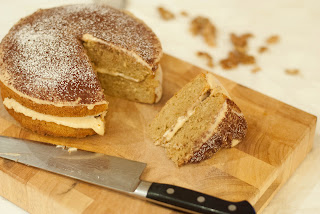