I asked Twitter what I should get for my small nephew's first birthday the other day.
The gorgeous @Miss_Jordi was pretty unequivocal about the answer. This. Clearly.

So I ordered it from Amazon, it arrived and, it turns out, really is very lovely.
It raised some questions though. Most specifically, Lamingtons, wtf?

Google, Aussie colleagues and Twitter were pretty helpful. They seem to be little cakes, with or without jam, covered in something chocolatey and rolled in coconut. Yum.

I had to make some. Straight away :-)
The supremely clever Lex of LexEat came up trumps with these deliciously detailed instructions, so here's what I did...

The sponge was like a really light swiss roll type mix, where you frantically beat the eggs with a little bit of sugar for about a million years until they're super fluffy, before folding in some flour and a splash of melted butter.
I believe that such whisking activities do wonders for one's bingo wings...
However, I am the proud owner of a lovely stand mixer, and, for that, I am extremely grateful :-) 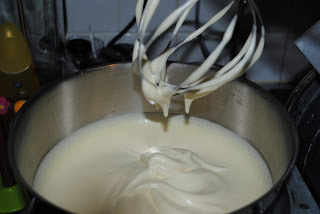 I opted to make my sponge thin.
I used a swiss roll tin, but I think even that might have been a bit over the top - it's definitely the kind of mixture you can just spread out on a sheet.
Here it is baked.
As per instructions, I turned it out and left it in a tin overnight. 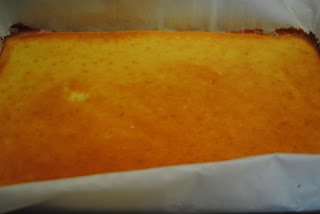 I opted for mini sandwiches as an alternative to the messy jam dipping. I am assured that this is acceptable behaviour. 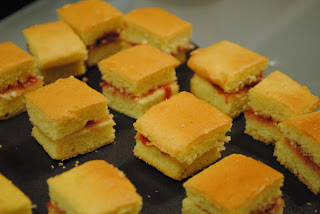 I opted for ganache, rather than chocolate icing. I don't know whether this is acceptable or not, but it was nice and straightforward. 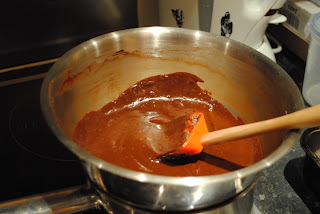 The double dipping took a bit of practice before I really got the hang of it, but it went pretty well overall. 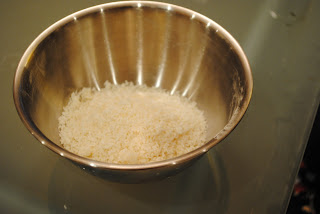 The fridging of the cakes was an extremely cunning step... It made the enchocolating work really well. 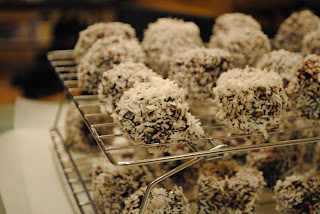 They went down a storm.
Or maybe people were just being polite :-)
In any case, I feel like I've learned something about another culture.
Possums and cake - how civilised!
Bonza :-)
Posted by Miss Whiplash at 21:56