Those of you that know me or read any of my blog at about this time last year will know to be prepared for a LOT of pictures of a similar nature, as we have now officially entered my favourite bit of the year - Asparagus Season.

We began celebrations last Wednesday with this - grilled asparagus, PSB and duck livers. 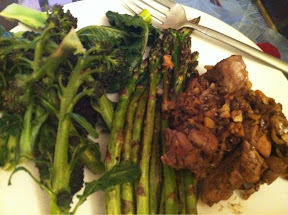 And continued the following day with haggisagne (or, in my case, more like haggisaka, as I put aubergines into my end rather than pasta) topped with further grilled asparagus. 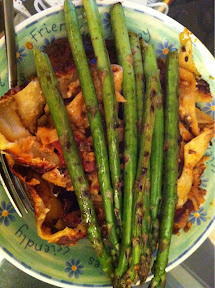 And, in a less asparagus related turn of events, I also made a prototype Easter cake, which I forced my long suffering workmates to eat. 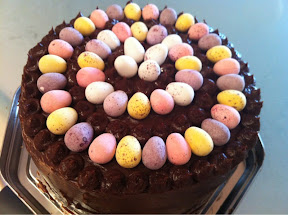 Which actually looked much more interesting on the inside. 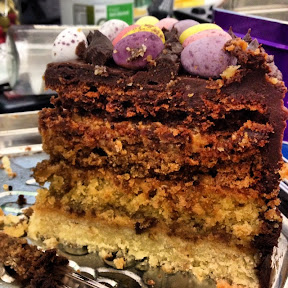 And I made my first Herman the German apple cake, who is very much like (if not the actual same as) the slightly insidious Friendship Cake that was knocking around when I was at school. 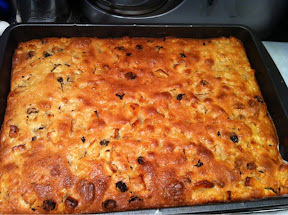 We went out for lunch yesterday, which probably deserves its own post, so here, instead, is the Easter present I bought for myself from Selfridges on the way home.
I am VERY excited about it. 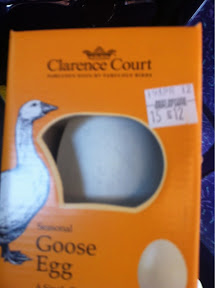 - Posted using BlogPress from my iPhone
Posted by Miss Whiplash at 17:37