The Dish of Dreams

A few days before Christmas, I was happily in the kitchen in my flat (washing up, I think) when a tousled husband emerged from the bedroom, demanding to know whether I had been "frying" (his word, not mine) eggs in coca cola...

Obviously, I looked at him open mouthed, with barely disguised horror etc...

It turned out that he'd been dreaming about it that morning, vividly enough that he really had no idea whether it had actually happened or not.

He remained weirdly obsessed (particularly weirdly, given that he usually refuses eggs in most of their forms) with it all day, despite my yucky-noises.

Kavey pointed us towards Oeufs en Meurette - eggs poached in red wine, which, I have to confess, also look rather revolting to me (and I say that as one who really really loves eggs), which made me think that maybe it wasn't quite so bonkers after all, so last night, we gave it a go...

On my way home from work on Friday, I bought these. 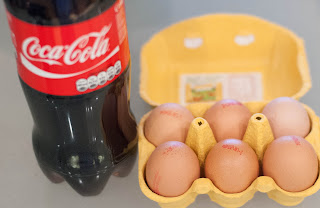 I boiled up a pan of the brown stuff. 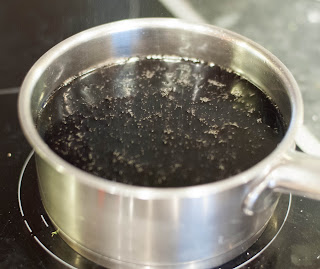 I cracked one of my eggs into a thingummy - I'm not a great poacher at the best of times and supermarket eggs of unknown freshness aren't the best for poaching, and this is definitely more likely to result in success than cracking directly into the pan... 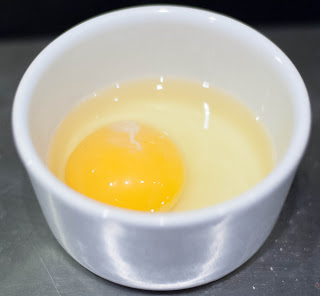 I chucked it in (making a whirlpool first, obviously) and waited for a few minutes.
And, hey presto, coke-poached egg.
I made husband eat it, obviously.
He did, and *said* that it was nice. 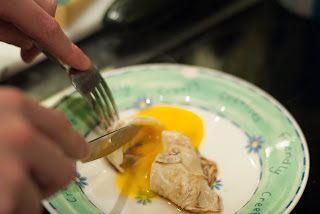 A bit sweet for my taste, but nowhere near as inedible as one might expect. Maybe I should work on some kind of sugary coke based reduction/sauce and serve it with ice cream for pudding :)

So there we go - the Dish of Dreams - never let it be said that we're not prepared to try anything once. And that includes the Oeufs en Meurette, which I shall definitely (*) make soon.