Baking Along With GBBO: Weeks Eight and Nine: Povitica and Schichtorte

Again - a bit of a late catch up here - despite having been fairly conscientious about the baking, I haven't done a brilliant job of writing anything about it in any kind of timely way, but here goes...

Povitica - I put off making this one for AGES, as it looked so terrifying on television.
However, when it came down to it, it was actually pretty straightforward. 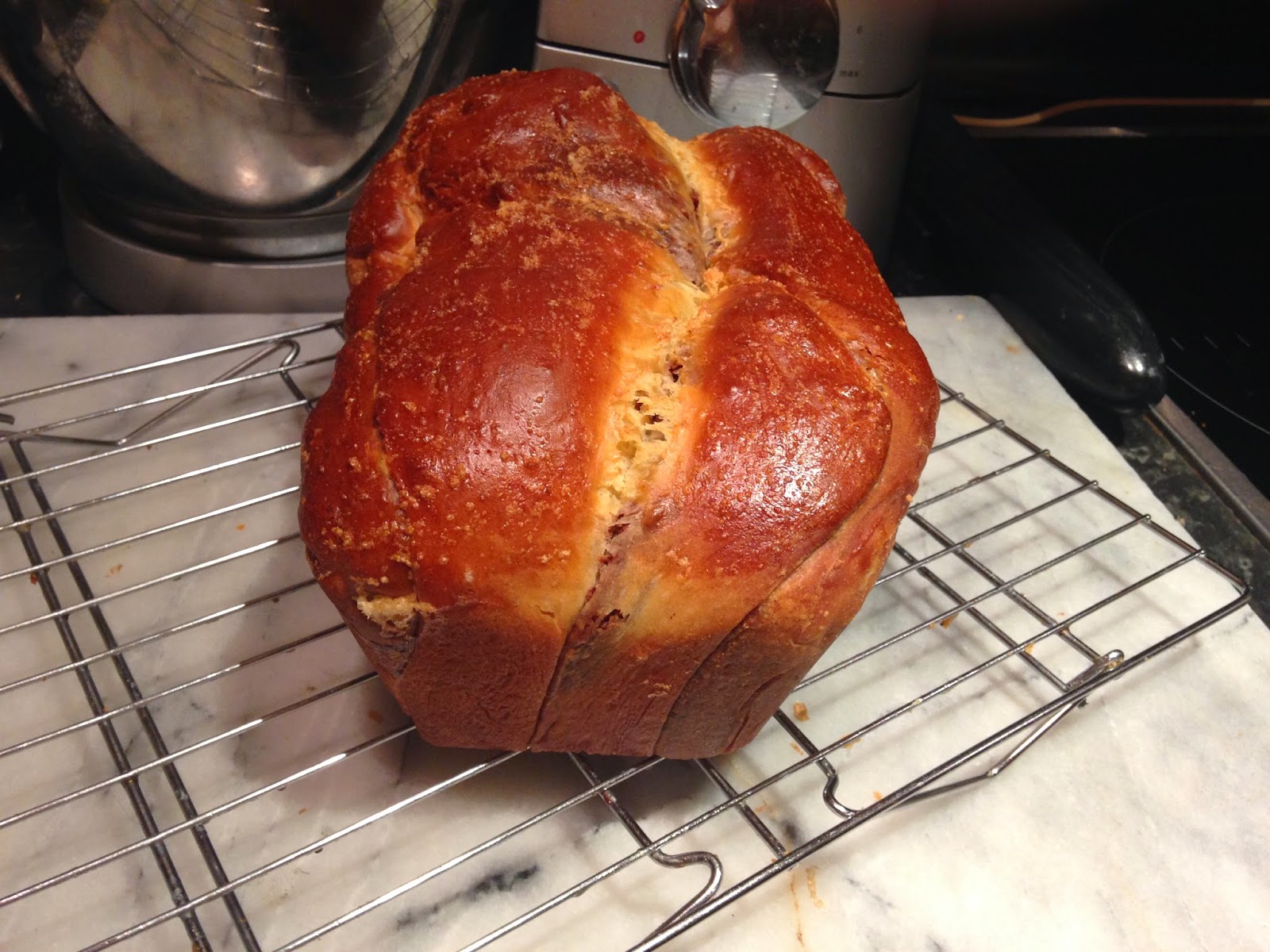 I made it on a bedsheet as instructed (though I'm pretty sure that Mr H didn't have fitted sheets in mind when he came up with this one), which was reasonably humorous, though I'm pretty sure I didn't manage to get the dough quite as crazily thin as recommended.
I did a bit of extra stretching, though, after I has rolled it up into a snake, which I fondly imagine might have made up for it a bit. 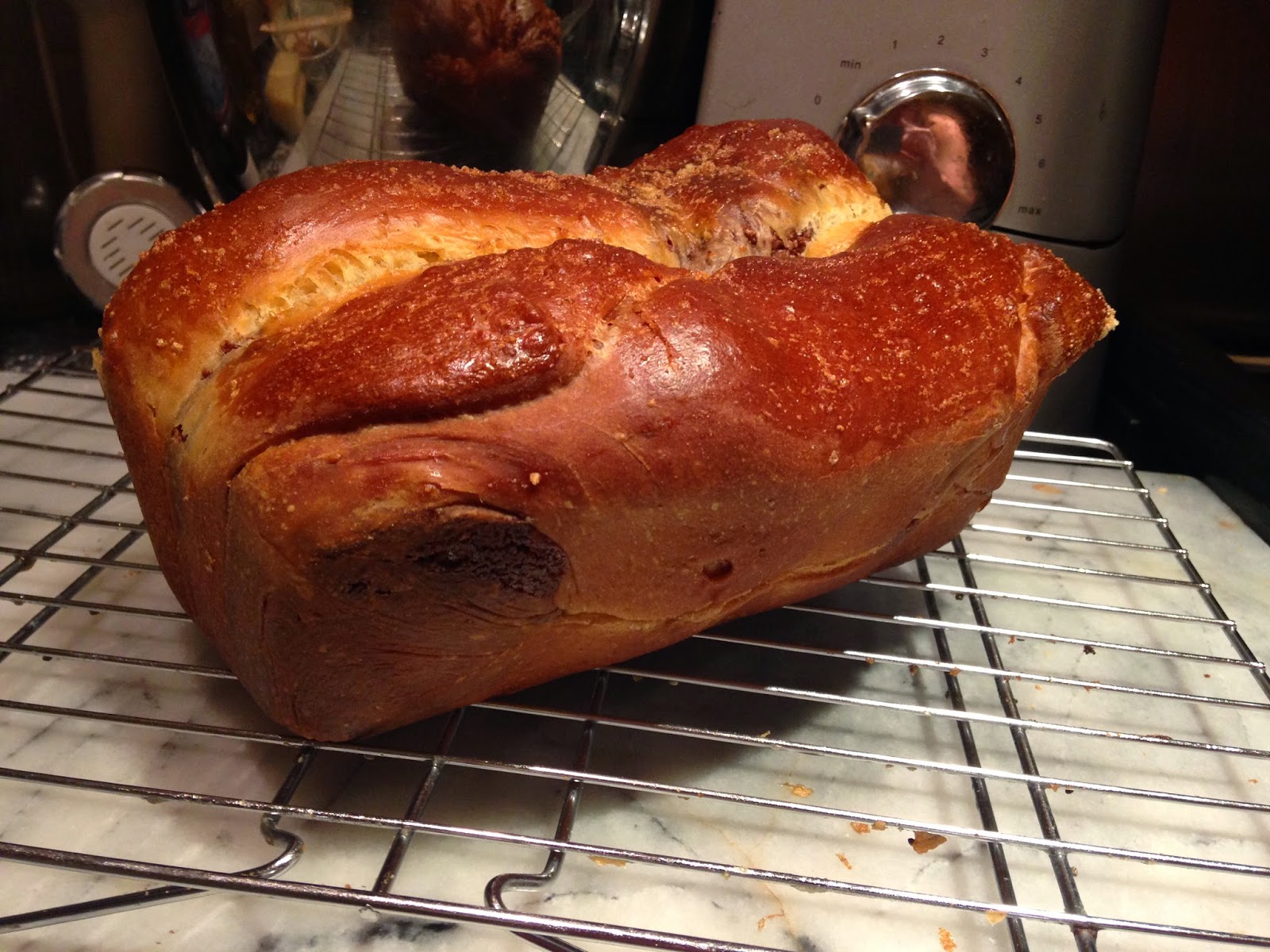 I didn't have enough walnuts for the recipe knocking around at home, so I just chucked in all the nuts I did have (a mix of lots of things, including walnuts, almonds, hazelnuts and other things).
It was delicious - like a lovely nutella sandwich. I'll definitely do it again. It disappeared extremely quickly. 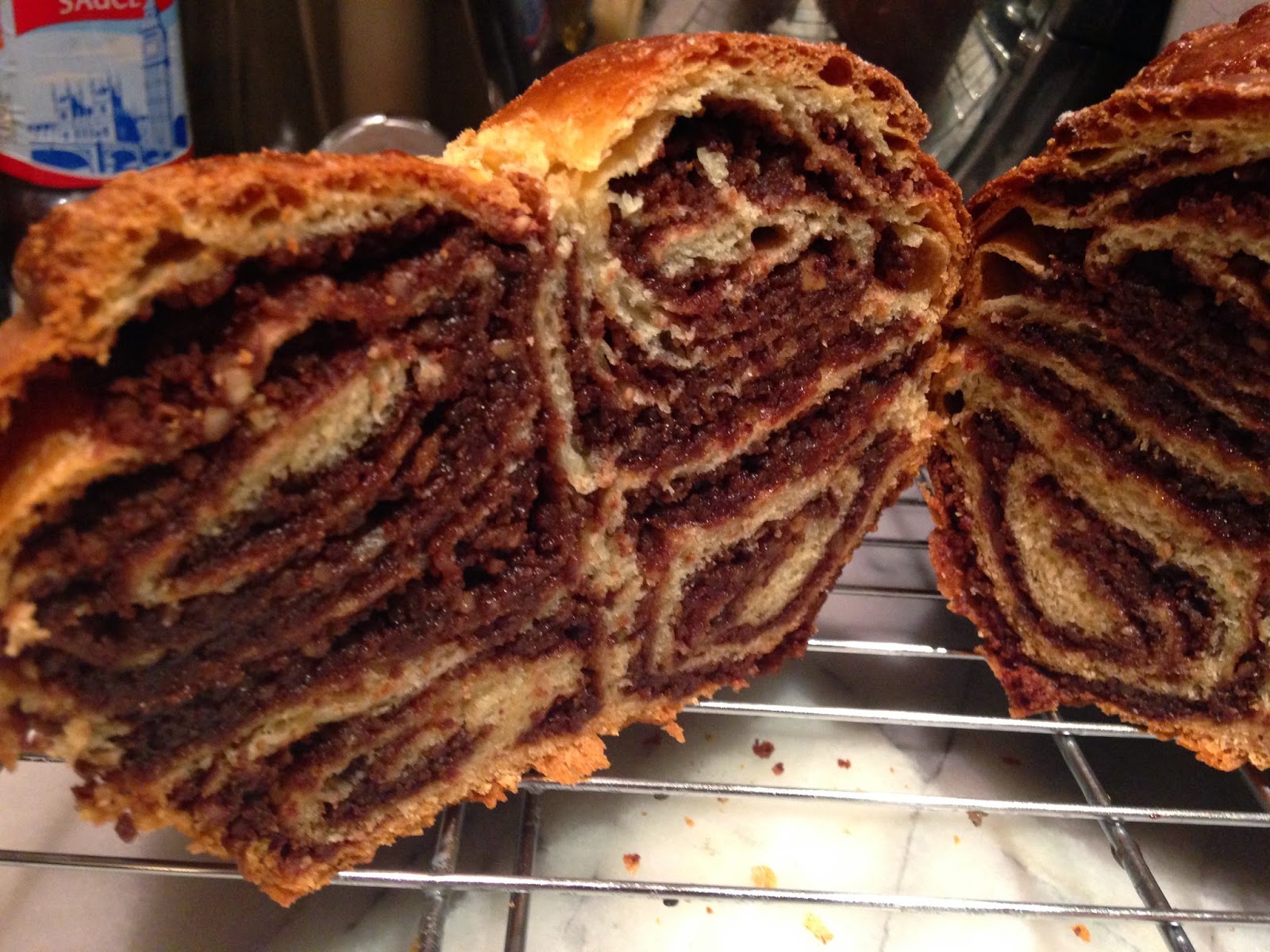 The schichtorte, on the other hand, was a completely different story.
First of all, the recipe requires ten eggs. TEN. Crazy.

It was pretty easy to mix, but then, as noted on television, grilling each of up to 20 layers was an extremely long and boring job. 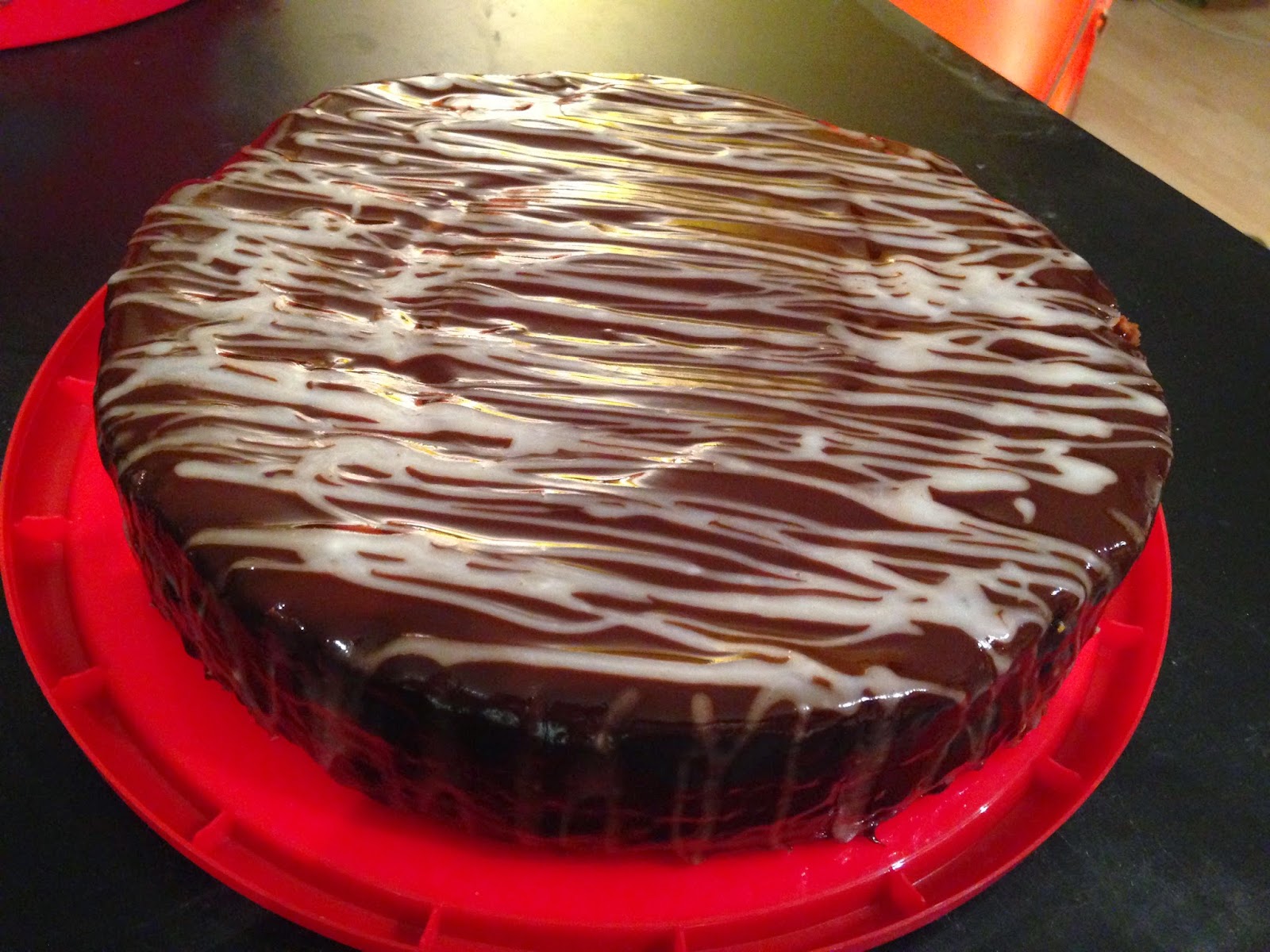 It came out looking pretty and the apricot jam/glaze thing worked very well and gave a nice finish, but, honestly - what a lot of faff for something that is fundenentally just a normal sized cake or a single flavour. 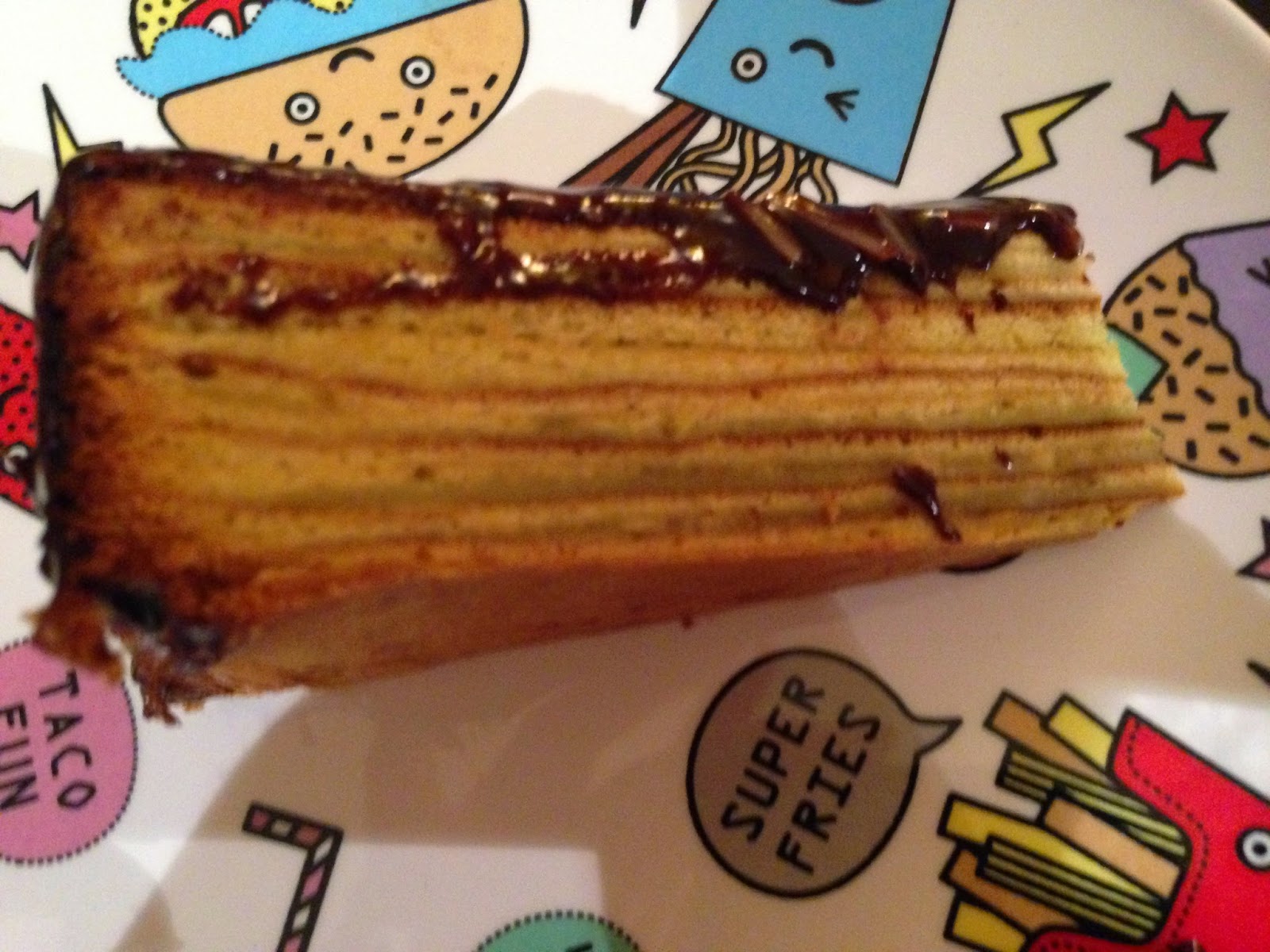 I took it to the office and people ate it, because people will always eat cake. I don't think it tasted that great, though - the actual flavours were fine, but the whole thing, though attractive, was a little bit dense and boring (I think more the fault of the recipe than my execution, though I could be wrong - I don't really see how it could fail to be that way, with the gazillion layers and all).
I don't think I'd bother with this one in normal life (though I might nick the glaze for other things) - there are other things that look just as nice, taste better and take a fraction of the time to do. 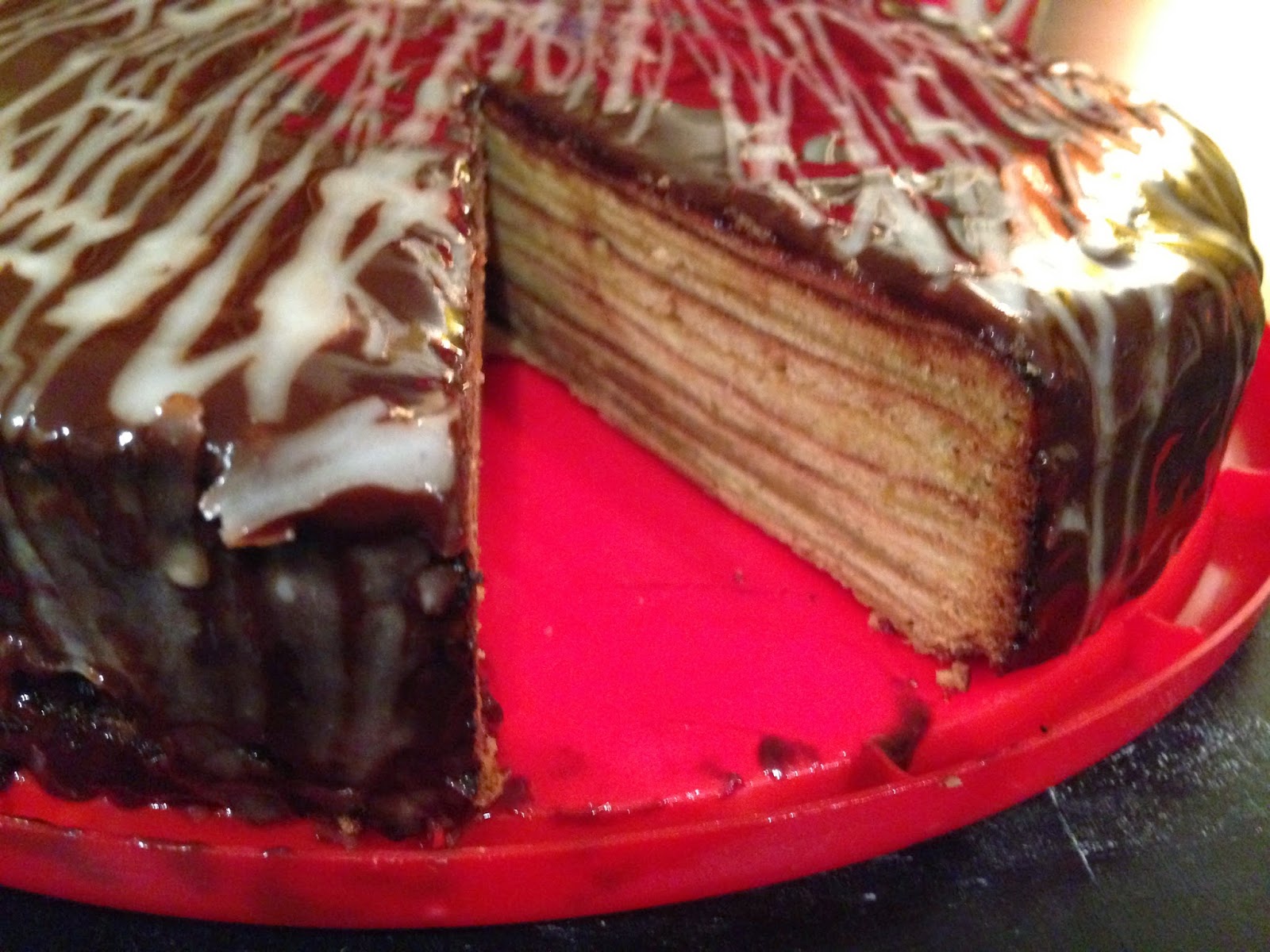 Just one more technical challenge to go now (again, very late - maybe there might be a suitable moment at the weekend) - I wonder what my life will become when it's all over!
Posted by Miss Whiplash at 21:45 3 comments: