On Sunday, husband and I finally reached the glorious achievement pinnacle of being married for a full 365 days...

To celebrate, we took ourselves off for lunch at Trinity in Clapham.
This was on the back of many effusive Twitter recommendations, so expectations were running high. High enough, no less, for us to drag ourselves all the way to Clapham. Crazy!

Despite rocking up really quite late (small postcode based confusion and general transport incompetence on our part), we were greeted like old friends by the delightful staff and shown to our lovely table in the window, where we were faced with a wee bit of unexplained slate

and this painful, painful choice... 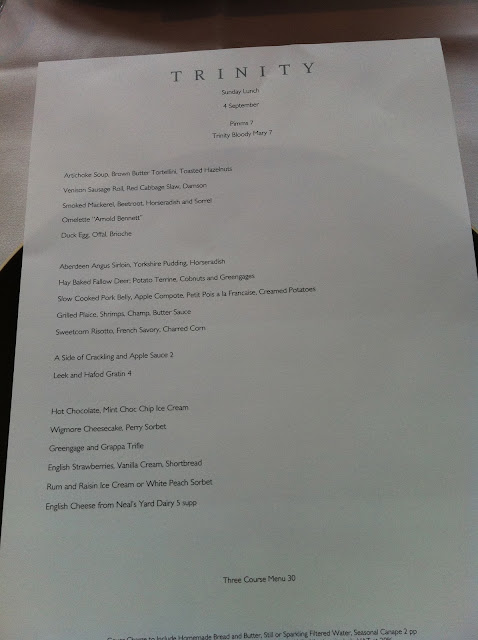 which was helped along by careful application of a nice Amontillado and a tasty little radish/salt/taramasalata combo. 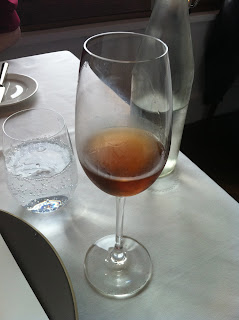 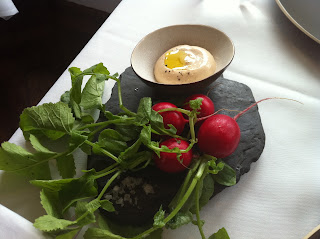 Oh, and bread. With lots of insanely creamy butter (that's where the slate came in). In-house bread, I think - still warm and beautifully flakey. 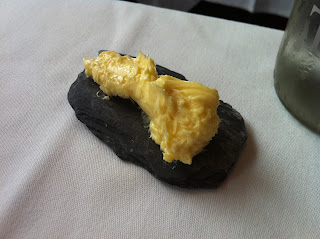 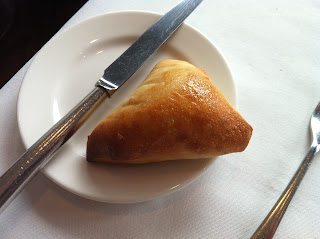 I then "started" with duck egg and offal on brioche toast - I wasn't sure exactly what to expect from this dish, but it turned out to be a bit like a delicious breakfast! 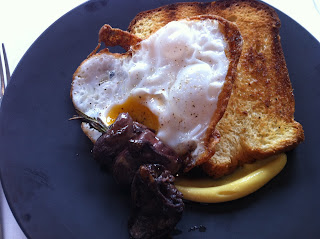 Husband had venison sausage roll. Which was enormous and came with a cabbagey slaw thing and some damson jam. Again, delicious. 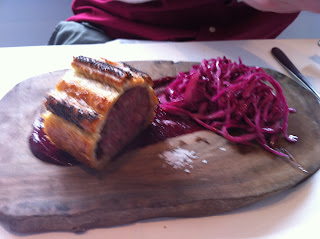 Since the lunch was a bargainlicious £30 a head, we decided to splash out a bit on the wine, so we chose this: 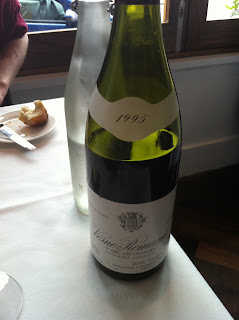 from the so called Chef's Cellar. It was worth every penny - if I ever see it again, I shall be diving straight in.

Husband followed his venison main with this hay baked fallow deer main (which came highly recommended by the waiter). It was a big hunk of deery loveliness, with a side of what was essentially a deer/potato sandwich. He was extremely pleased. 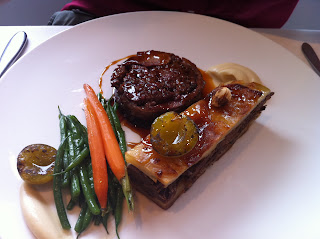 And I ate plaice with buttery buttery shrimp sauce, champ and leeks. It was just a section of plaice, but it was So Fat - he must have been absolutely ginormous when he was still swimming around in the sea. Very good indeed and not at all overpowered by the wine (which is always a concern when ordering by the bottle and eating totally different things). 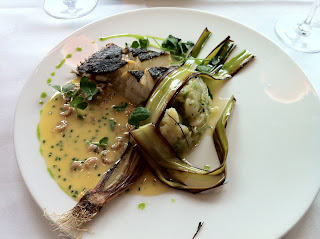 We were (obviously) pretty full by this stage, but we soldiered on and ordered pudding. We had a small mini fight over who should be allowed the strawberry shortbread, but husband was also quite tempted by the cheesecake, so I won (I'd have won anyway, clearly...) 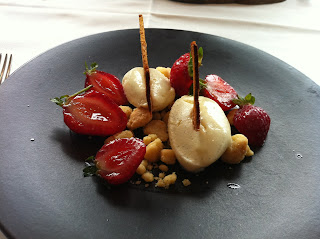 And Wigmore cheesecake, with pear sorbet (and shortcake crumbs - this pretty much made it for husband - it properly quelled his shortbread jealousy). Amazing. Cheesy and a bit sheepy, but still light and desserty with that all important buttery biscuit base (I confess that I'm not a massive fan of such things - I know, I know - but husband really is). 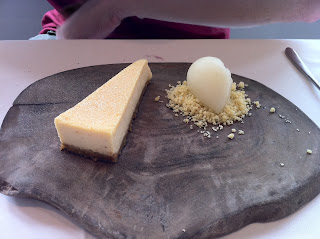 Accompanied by this, which I can't exactly remember the name of, but is kind of like a slightly sweet, light, sparkling perry, but French. Was another really good staff recommendation - perfect with the cheesecake. 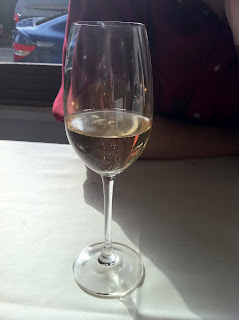 You can probably tell that we absolutely loved our lunch at Trinity.
The food was all truly delicious (not to mention plentiful) and the service managed to be flawless, but, at the same time, friendly and easy - just lovely.

The £30 Sunday lunch was an absolute bargain. There was a service charge added to the bill, which we were more than happy to pay (was very much worth it) and a £2pp surcharge for limitless water (sparkled on the premises - v good), bread and things.

What else can I say? We will definitely be going back. As often as possible.
Though maybe next time we'll walk to Clapham to work up an appetite :-)

Email ThisBlogThis!Share to TwitterShare to FacebookShare to Pinterest
Labels: trinity