Last week, I met up with the marvellous MiMi, who donated me some of her equally marvellous kimchee.
I packed it up a few days later and ate it for lunch with some eggs.
It smelled amazing and tasted just as good. 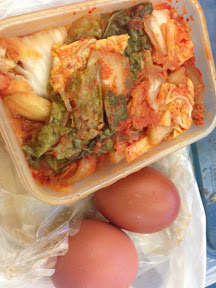 For my tea that day, I ate some (slightly past it, but still tasty) roasted sweetcorns and the kidneys from a lamb that we butchered last week in a rather awesome evening spent with the nice people at Meat N16 (probably more on that later), which I fried up with onion garlic and some cherry tomatoes which were lurking in the bottom of the salad drawer. 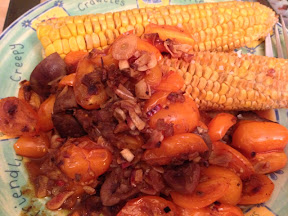 I've also recently had a lunch of slightly pickled purple carrots and turnip with noodles and tuna. 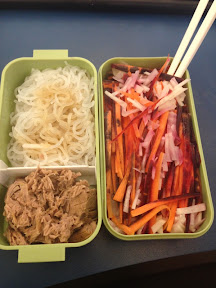 A slightly weird mix of roasted squash and smoked mackerel. 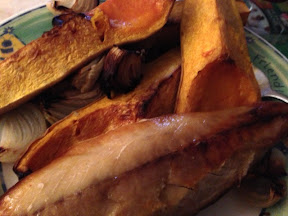 And some lamb 'bolognese' (made from all the leftovery bits of the same lamb - mostly intended for shepherds' pie - this was the excess) with lovely steamed brassicas. 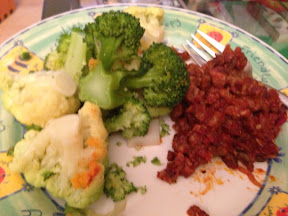 - Posted using BlogPress from my iPhone
Posted by Miss Whiplash at 23:41